Attention deficit hyperactivity disorder (ADHD) is one of the most common childhood disorders and can continue through adolescence and adulthood. Symptoms include difficulty staying focused and paying attention, difficulty controlling behaviour, and hyperactivity (over-activity). It afflicts 4 to 6 percent of all children, five times as many boys as girls have the disorder.

Depending on the frequency and intensity of the symptoms, ADHD has three subtypes: predominantly hyperactive-impulsive, predominantly inattentive and combined type. The child with ADHD is constantly in motion and cannot concentrate. She or he talks rapidly, rarely finishes work, acts on impulse, and cannot pay attention. Unless it is carefully managed, ADHD can lead to school drop-outs and antisocial behaviour. 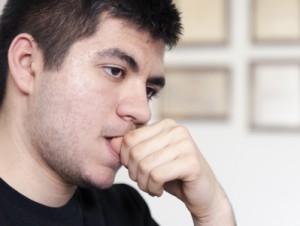 Research has demonstrated that ADHD has a very strong biological basis, even if, to date, there are no biological, physiological or genetic markers that can reliably identify the disorder. Treatment for ADHD includes behavioural management, family counselling and, in severe cases, drugs.

The most common type of medication used for treating ADHD is a stimulant (e.g.: methylphenidate). For many children, ADHD medications reduce hyperactivity and impulsivity and improve their ability to focus, work, and learn. The drug’s possible side effects include decreased appetite, sleep problems, anxiety, and irritability. ADHD medications seem to be effective when the diagnosis of ADHD is accurate and the best results are obtained when it is associated with a therapy for behavioural and emotional problems.

For many children, behaviour modification is effective as drug treatment. Behavioural modification is the application of learning principle to change or eliminate maladaptive behaviour. The basic idea is to reward the child with ADHD for being calm and paying attention. Children are also 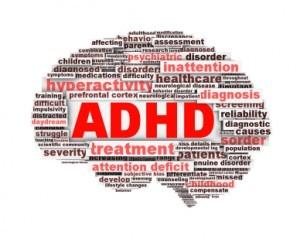 thought how to monitor their own behaviour and ignore distractions.

ADHD often persists into adulthood and recent research has shown that as many as 67 percent of children diagnosed with ADHD will continue to have symptoms of the disorder that significantly affect their academic, vocational and/or social functioning in their adult lives. ADHD in adults is often viewed as a “hidden disorder” because the symptoms are often obscured by problems with relationships, organization, mood disorders, substance abuse, employment or other psychological difficulties.